Malawi is located west and north of Mozambique, east of Zambia and south of Tanzania, having a total area of 45,747 square miles. Its main geographical features include the freshwater Lake Malawi, Mount Mulanje, one of Africa’s highest mountains and the Shire River Valley. The country’s capital, Lilongwe, is centrally located, but is not the nations’ major commercial centre. This title goes to Blantyre, a city named after the Scottish birthplace of Lake Malawi’s first European discoverer. Malawi’s population consists of numerous ethnic groups including Ngonde, Ngoni, Tonga, Sena, Lomwe, Yao, Tumbuko, Nyanja, Chewa and Asians as well as Europeans. For this reason there are also several languages spoken, with the most common being Chewa. Arabic and Yao are also popular, with English being the language of industry, commerce and government. It is easy to see, therefore, why the culture of Malawi is so diverse.

Malawian society is patriarchal, meaning that men traditionally do the majority of work outside the home, although women are now beginning to start up businesses of their own, inspired by the Western example. While there are very few women in government, they run their home environment. It is the responsibility of children and women to carry firewood, water and purchases from the market, and the man will always walk ahead of his family as well as eating separately from them at the home’s only table. The wife will always serve her husband his meal, and usually she will do this on her knees. Of all of the literate people in the country, 75% of them are male.

Marriage and Kinship in Malawi 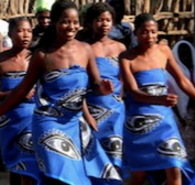 Traditionally, marriages are arranged and this is especially the case in rural districts. A bride’s parents will give a dowry to the bridegroom and they will also have a major role to play in choosing a partner for their daughter. The dowry will generally take the form of livestock, for example chickens, goats or cattle, however land or grain may be given instead. Husbands tend to prefer larger women as they give the impression of coming from a better-off family who are able to pay a bigger dowry. Larger women are also more capable of carrying heavier loads. Men who can afford it may practice polygamy, with co-wives often sharing the home with their husband. When girls go through puberty they undergo a special ceremony of initiation which includes explicit instructions about the sexual side of married life. In modern times, divorce is a lot more common and this presents problems for the wife whose possessions are taken by her husband and who has to return to her family in the home of being taken back in. In the culture of Malawian kinship, family units are close, often living in homes that adjoin each other. Elderly family members are cared for by their children with the oldest family members playing a major role in the running of the household and raising of the children. Uncles are also extremely important, being the first port of call for male adolescents who require advice and a key influencer in the choosing of a bride.

The Social Side of Malawian Culture

Infants in Malawi will usually be carried facing inwards on their mother’s back. Mothers will do all of their tasks with their baby in tow, whether they are shopping, gardening, dancing or carrying water. Children do not have rooms of their own since houses are usually very small and house many extended members of the extended family. Most women will have around 5 or 6 children, however under half of them will live past the age of 5. Children are strictly controlled by their mother and the family in general until they are grown up and leave the family home. It is part of their role to help out with daily chores, especially in the case of girls who must assist with cleaning, washing dishes, shopping and carrying water. 50% of people in Malawi over 15 years old are able to read and write, however education is expensive and only those who can afford uniforms and school fees can attend school. The majority of those who do attend school have to leave before they have the chance to go to high school in order to care for their younger brothers and sisters or to work in the fields. Very few people in Malawi attend vocational training or college, however Chancellor College is recognised as an excellent institution and the Queen Victoria Hospital is a good nursing school. Blantyre also has a medical school however those who can afford it usually send their children to universities overseas in the USA, UK or Germany and they often get financial aid from organisations in the west.

When greeting someone verbally in Malawi, people usually shake right hands, using the left to grip the right forearm in order to demonstrate that they are not armed. It is customary to stop in the street to chat and conversation often continues after the parties have set off on their separate ways. While residents are generally gregarious, there is a strong respect for privacy of others as private spaces are rare and difficult to find in this crowded country. As someone approaches another person’s house, the traditional cry is “Odi Odi” in order to announce their arrival. Visitors are usually offered food and drink by their host, however there are no utensils for eating and food is only eaten with the right hand since the left is thought to be unclean. 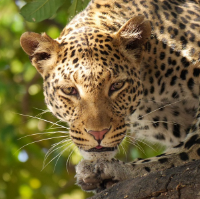